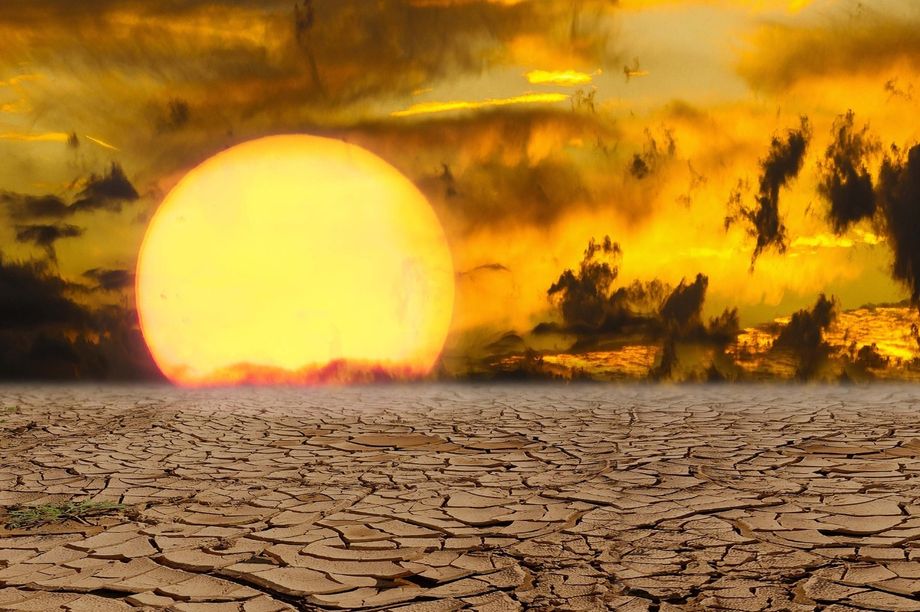 He published the paper DEEP ADAPTATION in July 2018 after revisiting much of the science of climate change. He wondered whether the mainstream narrative, supported by the Academies and Governments in general, was not delusively giving the impression that we will somehow manage to negotiate a sustainable path through the potential perils of climate change, thus avoiding confronting the need for serious strategies of adaptation. The narrative was still about prevention, in spite of the lack of decisive action to limit global warming over many decades, rather than adaptation to the inevitability of climate changes that may be beyond anyone's control, such as a drastic failure of rain-fed agriculture. Whilst acknowledging there are many unknowns he concluded that the available data pointed to possible near-term societal collapse within ten years.

Some of the reasons he gives are the following:

2) 66% of the Arctic ice-cover has melted due to global warming.

3) The resulting reduction in reflectivity (albedo) has  increased warming to the earth's surface, which is the equivalent of 25% of anthropogenic carbon emissions.

4) The Arctic is likely to become ice-free one summer in the coming decade.

5) This will increase global warming by the equivalent of 50% of carbon emissions.

6) Civilization will probably not survive the resulting spike in global temperature  (Bendell gives examples, such as a devastating effect of a failure of rain-fed agriculture)

7) It seems likely that methane emissions will increase warming even further.

He considers near-term collapse certain, catastrophe probable, and extinction possible. Despite this, he does believe we should be considering and adopting adaptation strategies, and that we should all be having an open conversation about this and the actual findings he refers to.

I recommend you read the paper, which you can download below. My own feeling is that he is right about the need to have a serious conversation within our respective communities about this possibility. You may also follow the link:

This link takes you to the same paper that I was advised will be updated going forwards.

Bendell adds that accepting near-term collapse is actually cathartic - he recommends mindfulness practice, nature walks, contemplation of the bigger picture etc, as ways to help come to terms with it.

This is the paper published by Professor Jem Bendell in July 2018.The link posted above will take you to the latest version as it is updated from time to time.

This is a video contribution by Professor Jem Bendell to the ‘Existing Otherwise’ art exhibition of The Savannah Centre for Contemporary Art (SCCA) in Ghana. https://www.sccatamale.org/In this 'walk and talk' Jem shares ideas explored in his essay for the exhibition: "Evading Western Panic: Covid-19 Demonstrates That Africa Needs to Evade Western Panic in an Era of Global Instability." The essay includes references to sources which provide evidence for the statistics and conclusions that Jem cites in the video: http://lifeworth.com/evadingwesternpa...Although generalising about Africa is sometimes inappropriate, in this case it is a useful category of analysis in relation to the categories Europe and "the West" as there is relevant data to compare the experience on different continents.To listen again to the song:https://sambiloto.hearnow.com/ To read more from Jem:http://www.jembendell.com